Happy One Year Anniversary to Anna + Rodd! Anna + Rodd were engaged for a few years and were in the process of planning a wedding. They were also about to embark on a new adventure and leave their cozy Hatfield cabin for Texas. We met Anna + Rodd through mountain biking at Levis and we were country “neighbors” for a few years. By neighbors, I mean, we lived about 14 miles away, but close enough in Clark County.  They called me and asked what I was doing on Thursday because … they were getting married! Their parents and few family members traveled from Michigan and Minnesota to meet at Levis-Trow Mounds for their wedding. Levis is a mountain bike trail network in Central Wisconsin, some of the best trails in the Midwest (if you were asking me!) and some of the best views in the area. Anna already had her dress, Rodd’s mom is a florist, and Anna’s mom brought flowers from her grandmother’s garden. It all worked out perfectly! Who needs years or months to plan a wedding? 🙂  They said their vows at the base of the mound on the trail. Following their vows, we hiked up North Face to Clarence Point to take in the view and take some pictures. After our hike we headed to a local Supper Club, Stone’s Throw, for dinner and their cabin rental for carrot cake. Their wedding totally fit them and it was such a pleasure to be part of it! The next day, they packed up their cat and drove to Texas! 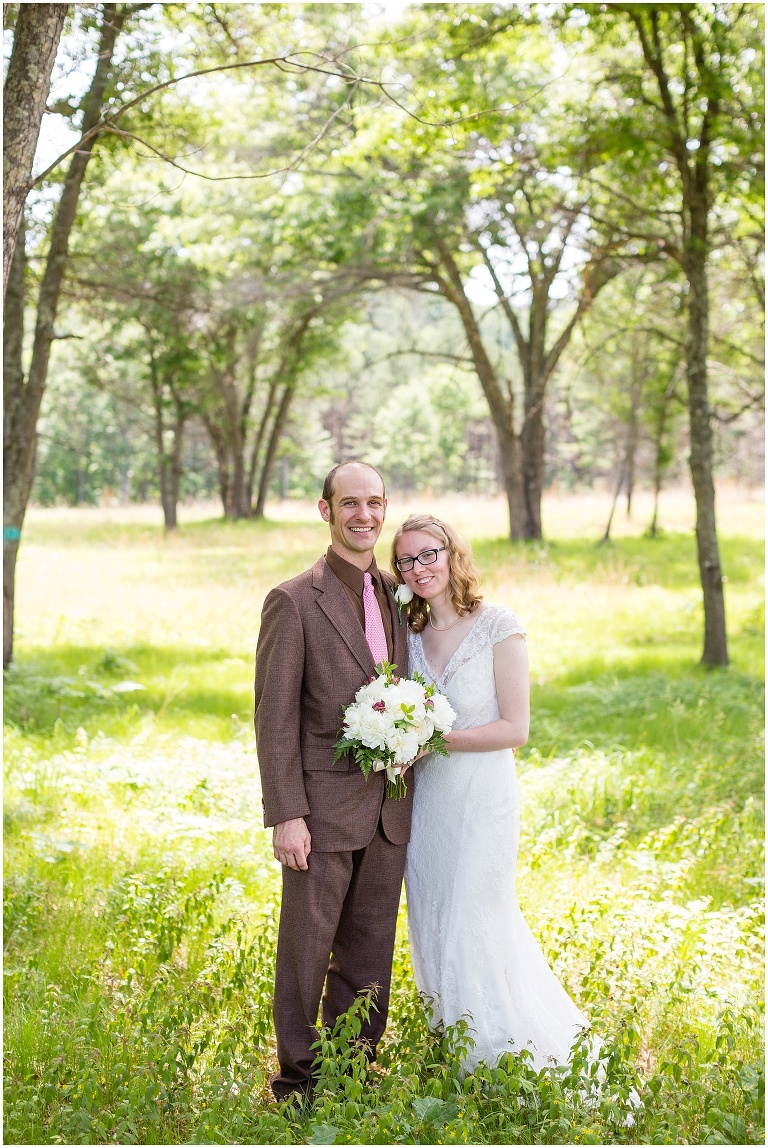 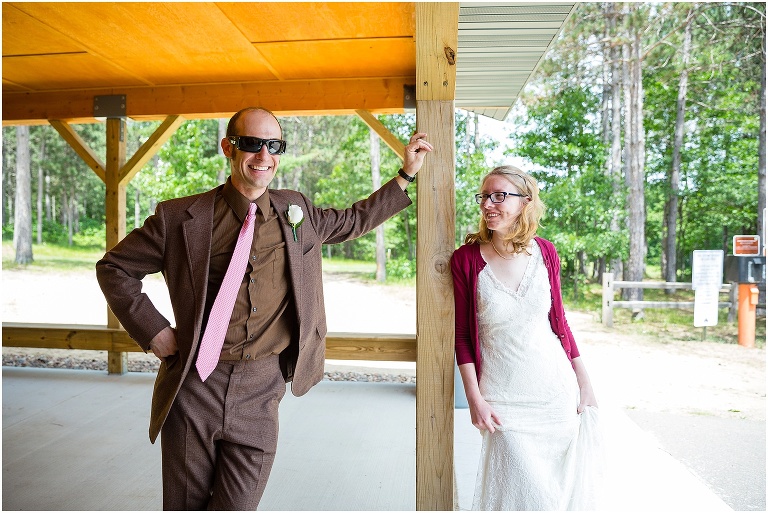 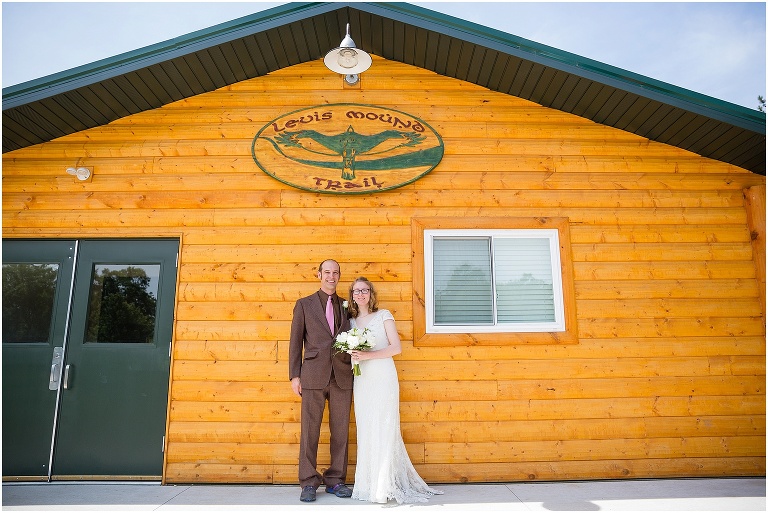 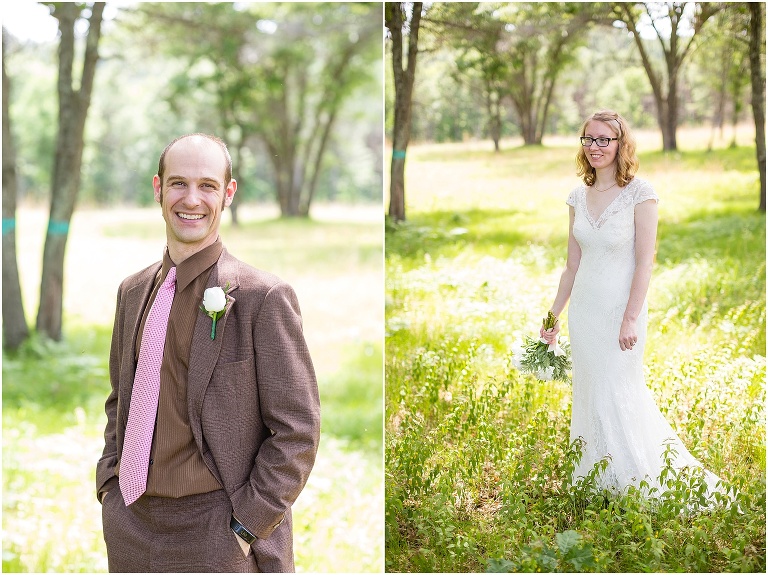 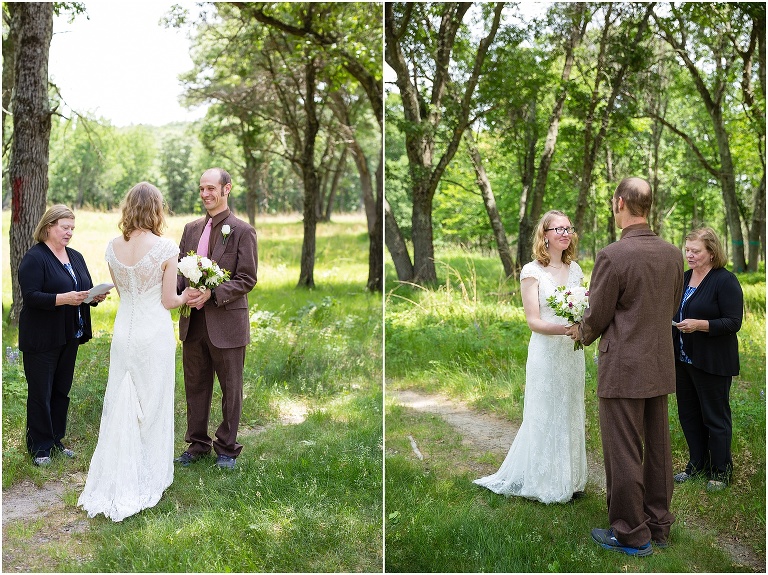 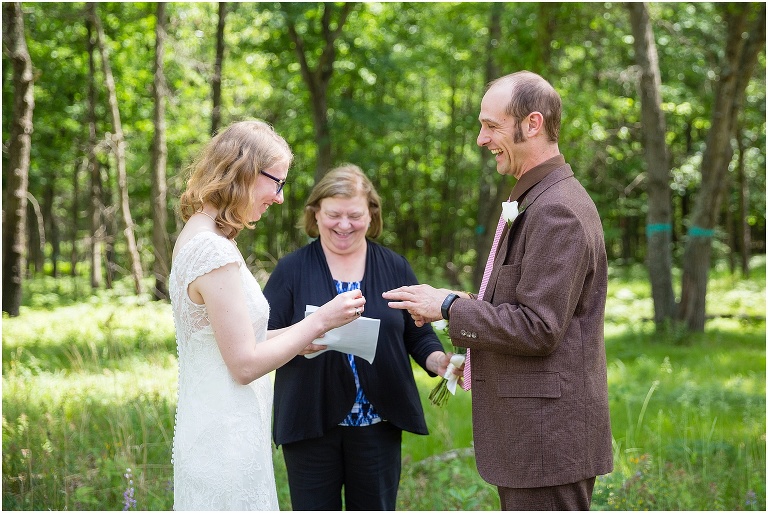 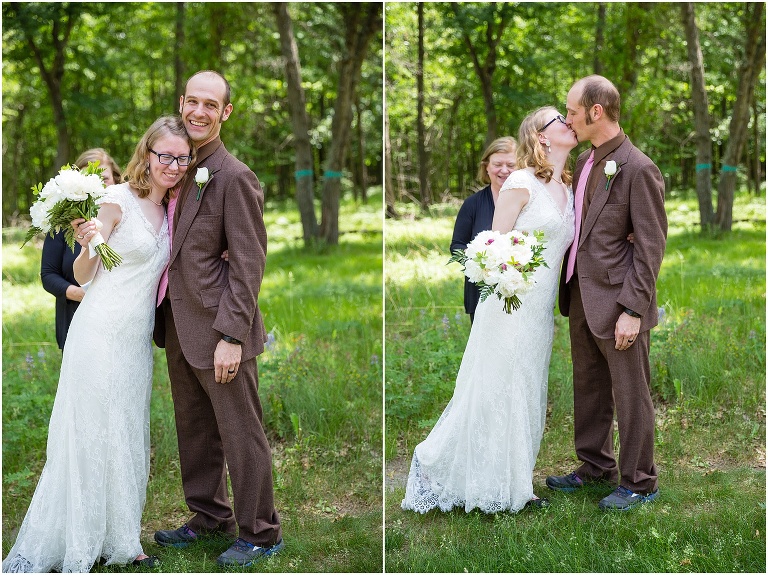 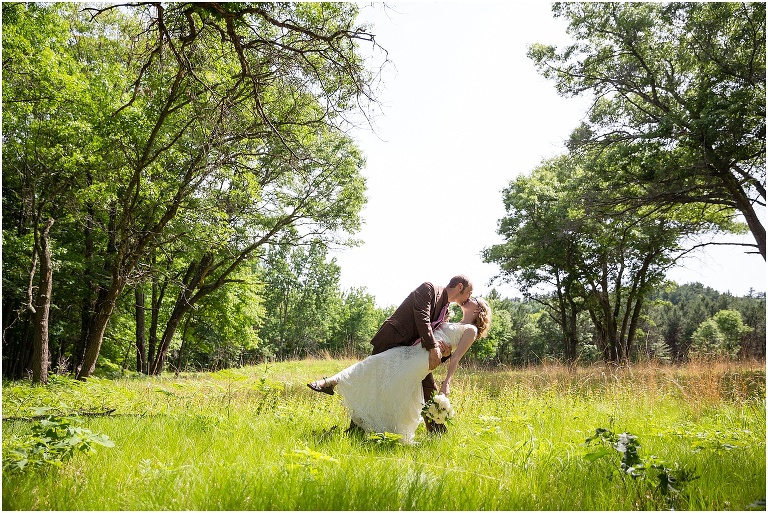 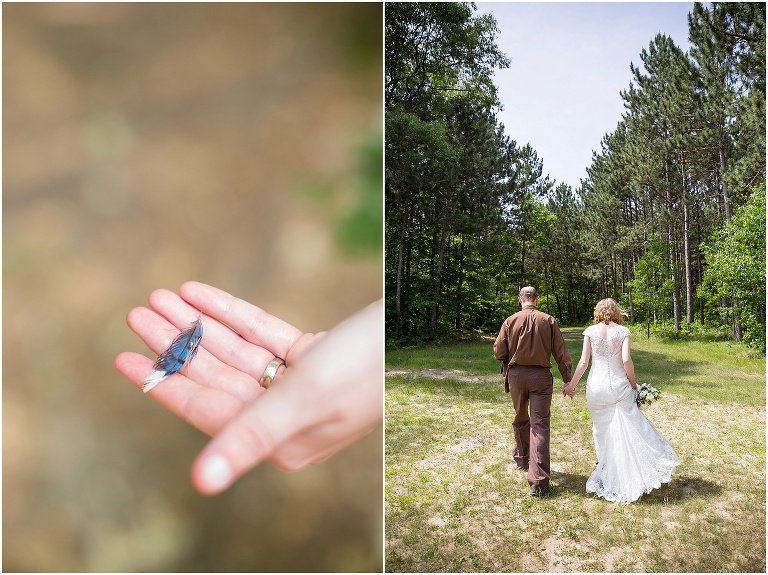 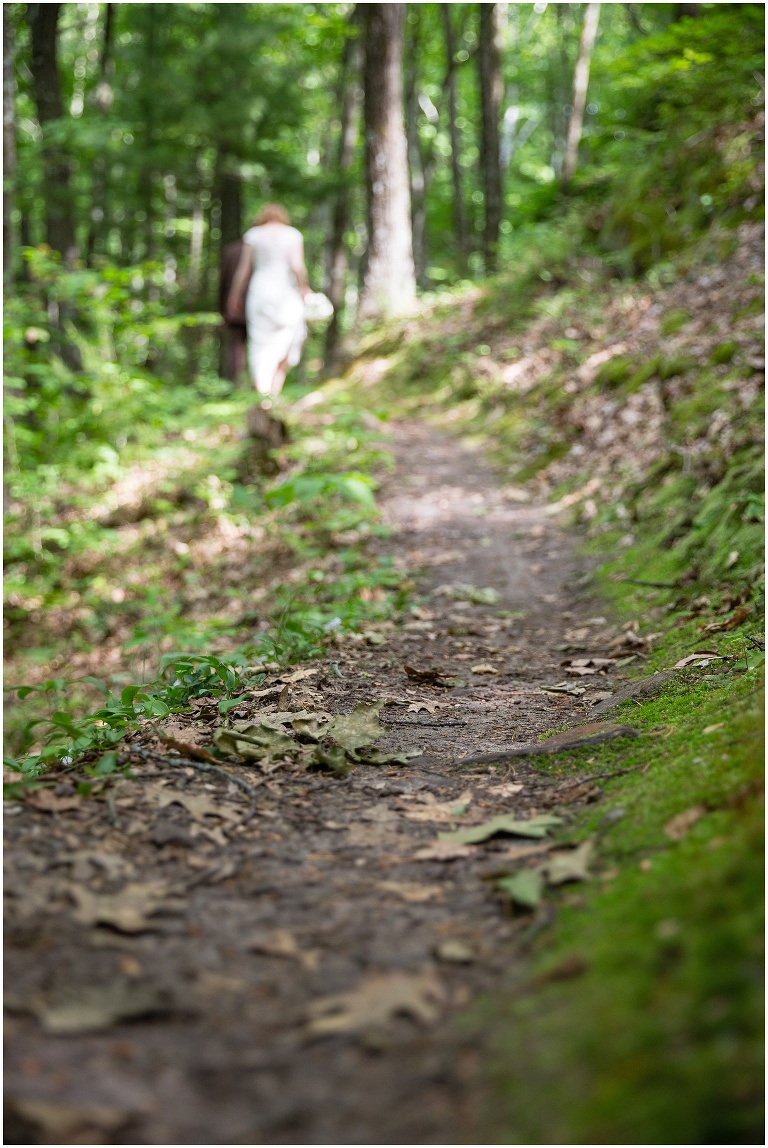 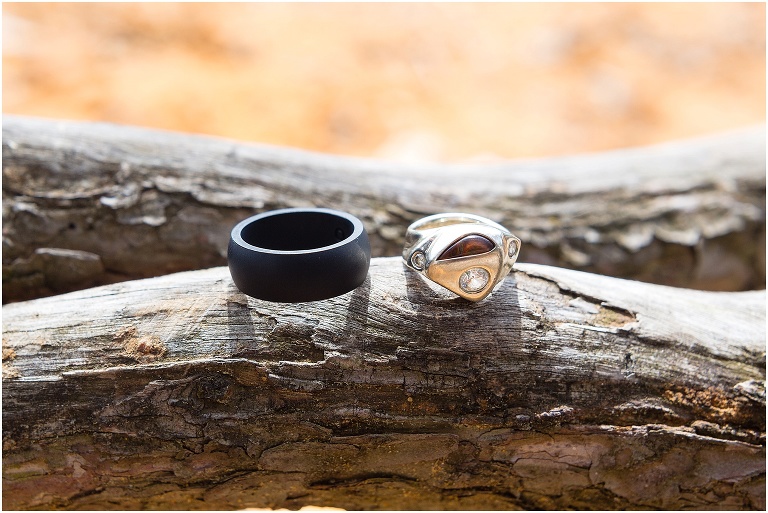 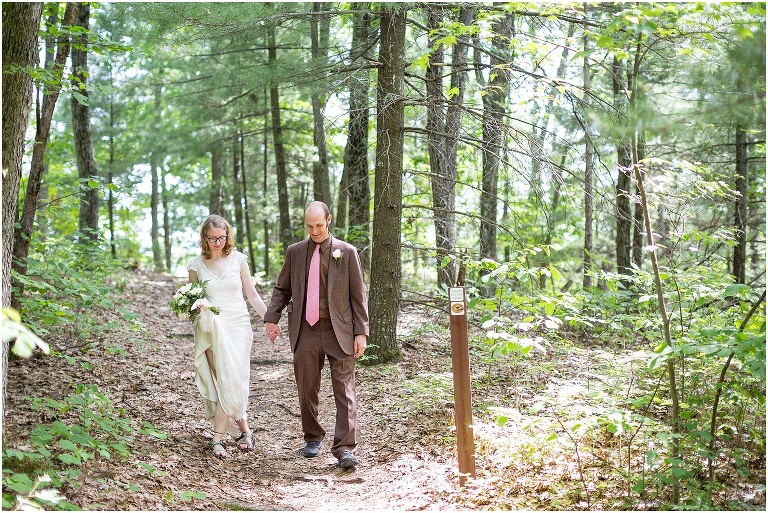 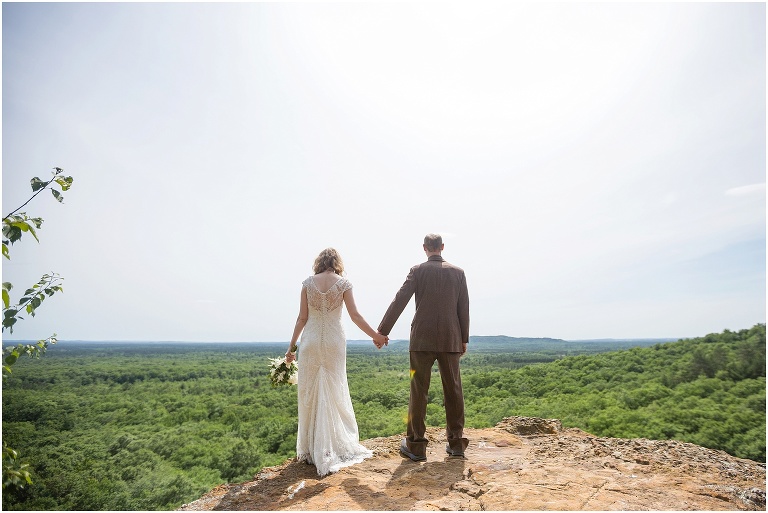 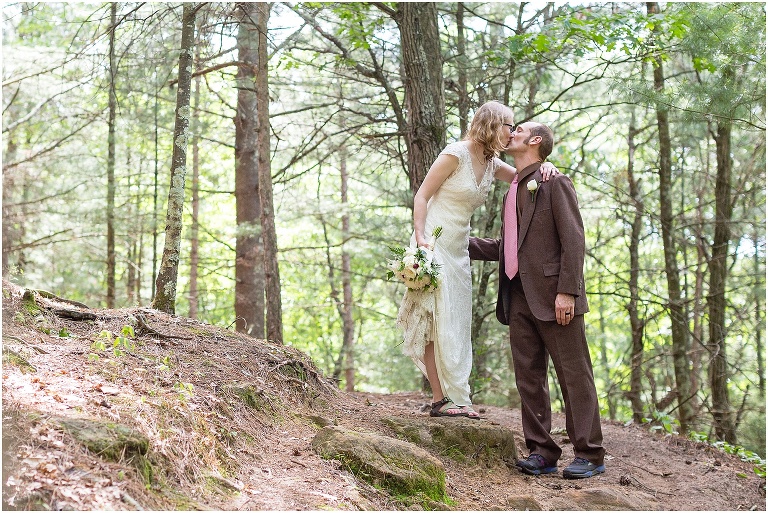